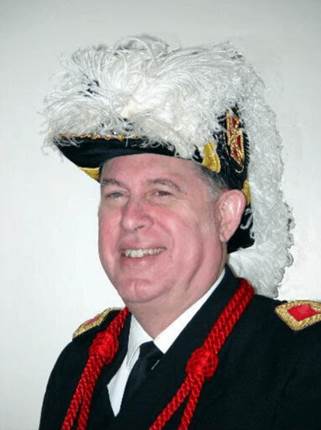 Robert Craig Coe was born in Altadena, California on June 18th, 1945 to Robert E. & Carolyn Coe. After living in various locations, the family settled into a house in Alhambra in 1947, which remained the family home until after the death of both of Bob’s parents. In 1950 Bob started attending the First Christian Church (Disciples of Christ) in Alhambra. All of Bob’s schooling was in the public schools of Alhambra and he followed his parents lead in graduating from Alhambra High School He was always very interested in Masonry, which was probably sparked by his father being a Mason, and as a teenager he became a member of Alhambra Chapter, Order of DeMolay, where he served as Master Councilor and was honored by the DeMolay with the Chevalier and Legion of Honor Degrees. In 1966 he was raised in Alhambra Lodge No. 322.

His Army served started in 1967, and after basic training in Fort Ord, California, he received additional training in Fort Gordon, Georgia and was an instructor with the southeastern Signal School in 1968. From February 1969 to January 1970, he served with the 121st Signal Battalion, First Infantry Division, in Vietnam. After returning from his Army service in Vietnam in 1970, he joined the First Christian Church of Alhambra, where he has served as Chairman of Elders and Chairman of the Administrative Board. As an ordained Elder, Bob served as the acting minister of the Church for many years.

In November of 1971 Bob’s father set up a blind date for Bob to a Past Master’s Night at Lodge that would change his life forever. Bob had met Saundra many years before but this was their first date. That blind date turned out to be the love of his life and the following month, at the Lodge Installation, their engagement was announced. Bob married Saundra Lee Hill on May 27, 1972. Bob and Saundra have been married almost 47 years. Saundra was always very supportive of his endeavors and was very active in Alhambra Chapter Order of the Eastern Star and San Gabriel Valley Noblettes. She is an active member of both Los Angeles Assembly and Santa Ana Assembly and past Worthy President of Santa Ana Assembly Social Order of Beauceant.

Bob had an extensive Masonic career. He served as Master of Alhambra Lodge in 1979, High Priest in San Gabriel Valley Chapter in 1988, 1990 and 1993, Illustrious Master in Alhambra Council from 1991 to 1993, Commander of Alhambra Commandery in 1990. He served many, many years as the Secretary/Recorder of all of the York Rite bodies in Rosemead and only resigned when he became too sick to continue.

He has served Grand Lodge, Grand Chapter, Grand Council and Grand Commandery on various committees and served as Inspector of the 12th Cryptic Arch in 1995-1997. He has received the Master of Ish Sodi Award, the Grand Master of Ish Sodi and also the Meritorious Service Award from his Commandery. He also served as Liaison to the York Rite from the Southern California Jurisdiction, Order of DeMolay.

He is a Past Governor of Southern California York Rite College and served as Sovereign Master of Excalibur Council, AMD. He also served as Worth Patron of the Order of Eastern Star in Alhambra Chapter and Sierra Madre Chapter.

To say that Masonry was a big part of Bob’s life is a major understatement. The honors and organizations that I have mentioned are only the tip of the iceberg. We would have to stay much longer today for me to list every organization that he has ever belonged to or every honor that he has ever received. 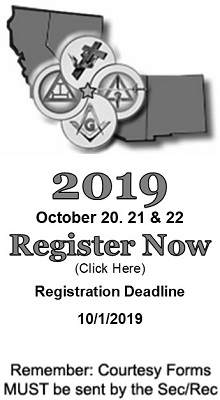